How to Copy Blu-ray Movies to NAS Device for Streaming

Network-attached storage, short for NAS, is the extender for home sharing. With the supported network protocols established between NAS and Blu-ray/DVD Player or HD TV, you can enjoy high quality movies in high definition. If you want to copy dozens of Blu-ray movies to NAS device for DLNA streaming, you may have to convert and rip Blu-ray to NAS compatible MP4 or MKV format first. The guide below will show you how to backup and convert Blu-ray to NAS HD MP4 or MKV videos, so that you can preserve them on NAS or playback on HD media player/home theatre for sharing with your families and friends with ease. 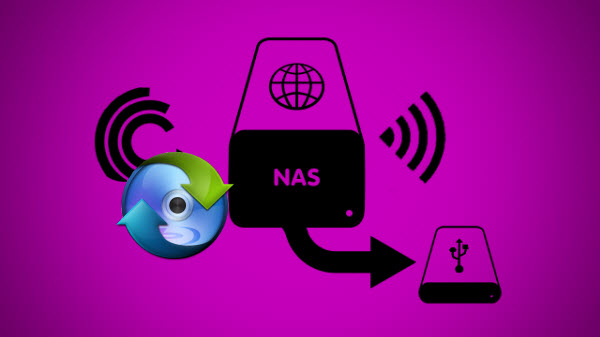 To be sure, most of you know how to rip Blu-rays, and have been doing so just fine. The problem you face is how to rip Blu-ray to a NAS proper format with best settings for NAS streaming while maintaining the highest quality possible. As far as we know, MP4, MKV are commonly supported formats for computer, Apple TV, iOS devices, Roku player, etc via streaming videos from NAS. Thus, what you need is a professional Blu-ray ripping tool that supports converting Blu-ray to MP4/MKV for NAS streaming with the best quality.

Brorsoft Blu-ray Ripper is the recommended Blu-ray to NAS converter for you. With this program, you can decrypt Blu-rays and lossless re-encode Blu-rays to MKV, MP4 format and compress 1080p Blu-ray to compatible size for NAS. Of course, this Blu-ray ripper can help you convert commercial Blu-ray movies to AVI, WMV, FLV, MOV, etc as well. What's more, it can also enable you to rip Blu-ray for directly playback on Android, iOS, Windows based devices. If you are using Mac, you can also use the Blu-ray Ripper for Mac OS X.

Install and launch Blu-ray to MKV/MP4 Converter, and then click the disc icon to import your source movies to this program. Set your wanted subtitles and audio track from the drop-down box of "Subtitles" and "Audio" tab.

To convert Blu-ray to MP4, MKV for NAS storing and streaming, just click on the dropdown menu of "Format", and then choose MKV, H.264 MP4 from Common Video profile list. If you want to keep 1080p resolution as source movie, you can choose HD Video > H.264 HD Video(*.mp4) or MKV HD Video(*.mkv) as output format.

Tip: If you like, you can click "Settings" to change the video encoder, resolution, frame rate, etc. as you wish. Keep in mind the file size and video quality is based more on bitrate than resolution which means bitrate higher results in big file size, and lower visible quality loss, and vice versa.

Click the convert button under the preview window, and the Blu-ray ripper will start the conversion from Blu-ray movies to MKV/MP4 for NAS and media player.

After the conversion, you can hit "Open" to quick locate the converted video; now you can stream converted Blu-ray files through NAS to HDTV, Android tablet, DLNA device or other HD media player for wide sharing.

If you are considering to get a powerful all-in-one tool to convert HD videos, Blu-ray movies and DVDs to your Microsoft Surface tablet or other devices like iPad, Google Nexus 10/7, Kindle Fire HD, Samsung Galaxy Note 2, Galaxy S3, Galaxy Tab 2 10.1 at the same saving time and effort, the all-in-one Video Converter Ultimate program will a nice choice for you. If you are running a Mac OS X computer, iMedia Converter Mac is the alternative.